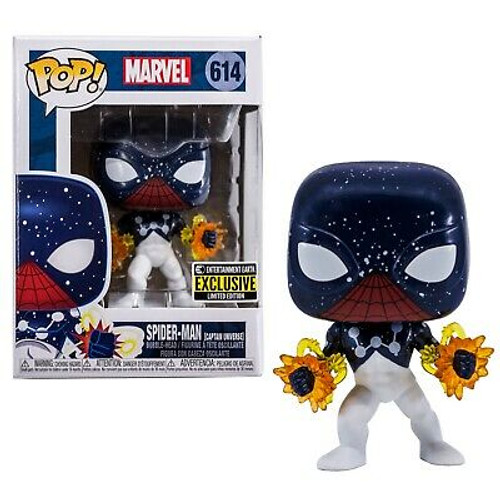 Captain Universe first appeared in Marvel's Micronauts #8, but the "guardian and protector of Eternity" has merged with various hosts over the years. Here we find it in its Spider-Man persona, all decked out as an amazing Pop! from Funko. This limited edition Spider-Man Captain Universe Pop! Vinyl Figure - Entertainment Earth Exclusive measures about 3 3/4-inches tall and features a bobbling head! Created by Stan Lee and Steve Ditko, Eternity is the leader of a group of cosmic entities known as the Cosmic Powers of the Marvel Universe. He's appeared in various comic books from Marvel Comics since 1965.
×

Hocus Pocus Tonight We Fly- Exclusive (Glow in the Dark)