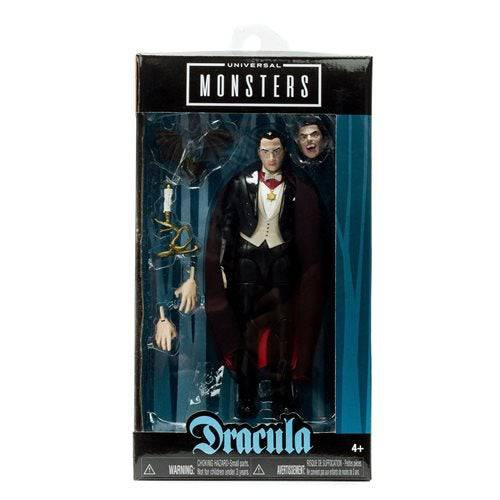 Collect of the most iconic monsters that is known though out the world that keep up children and adults up at night. Praying that he won't come and pay them a visit at their homes. Children of the night, stake your claim to this 6-inch scale action figure of the blood-sucking terror that is Dracula! This Universal Monsters Dracula 6-Inch Scale Action Figure is sculpted and painted in un-deadest detail and is packaged in a window box. The immortal Lord of the Vampires comes with an alternate head and accessories which will keep you occupied until the break of dawn. Suitable for ages 4 to 400. Ages 4 and up.